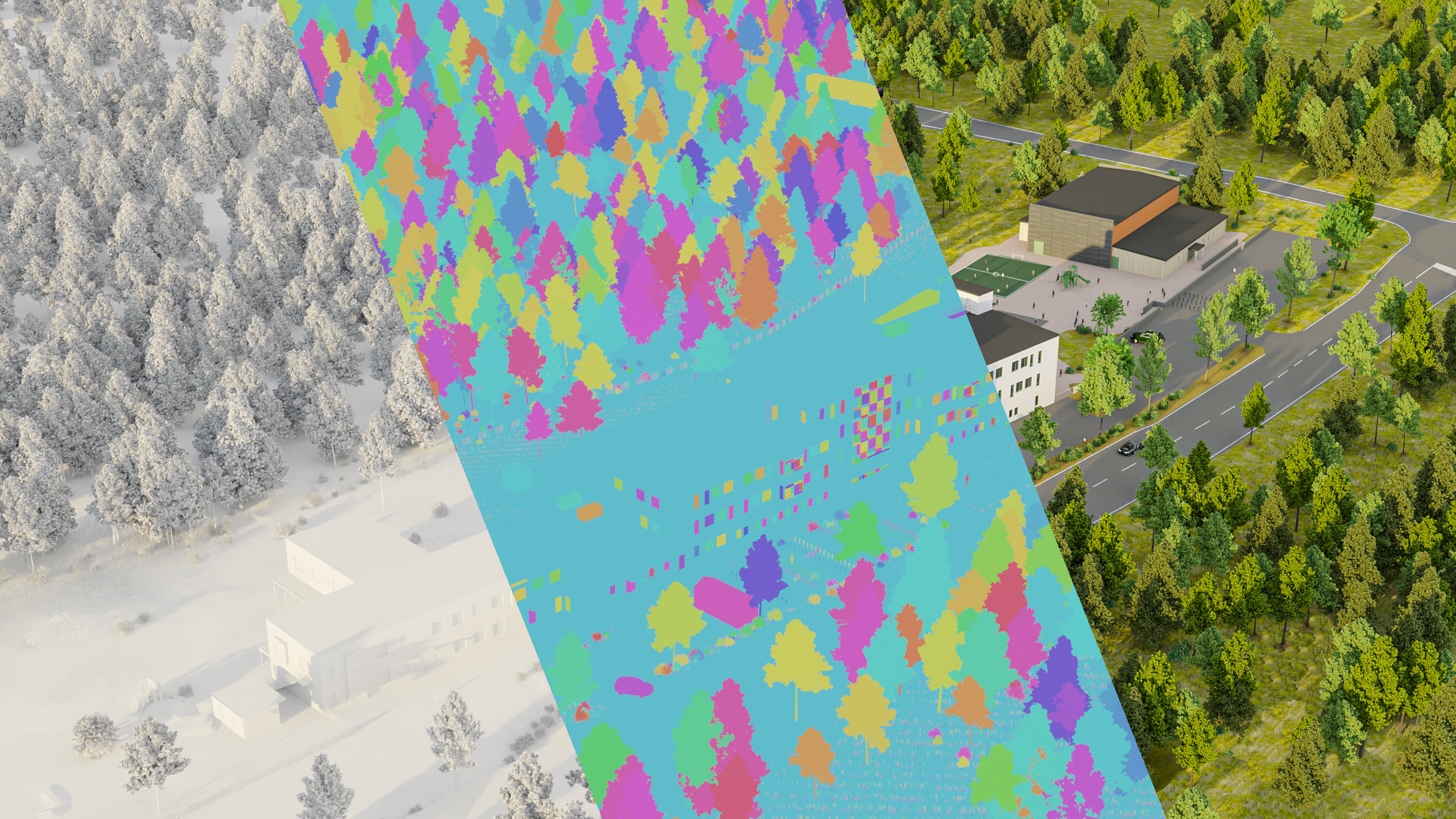 My process from a Revit model to a Blender rendering.

My office only recently started moving from AutoCAD Architecture to Revit and I’m involved in the first major project. The school with attached preschool and gym is going to get build in Växjö, Sweden. We were asked to show a visualization. We planned to render in V-Ray for Revit and do a bit of Photoshop afterwards. Unfortunately the V-Ray plugin crashed and with a quite slow VPN connection to the file server it was easier to export to Blender.

I realized again how great Blender 2.8x has become. Not only the software itself but also the growing community which makes it so easy to find solutions to common problems.

My way of moving from Revit to Blender is a bit different to the popular IFC-export/import. I use the Revit fbx-export, a file standard that works quite well within the Autodesk environment. Blender has an fbx-import-plugin installed from the beginning. The ifc-importer is not difficult to install, but I can’t see any benefits at the moment. After importing the file, I’m assigning materials and apply subsurface modifiers. Those smooth out sharp edges.

The forest is the best part of this rendering. I created different trees with the tree creator tool included in Blender. Then I used those tree objects instead of hairs in the particle system and let them grow randomly over the landscape. The trick was to use the weight painter to distribute them where I wanted them. This tutorial by CG Geek helped a lot. The same applies to the grass. I used very simple polygons, grouped them together, assigned a single color and spread a couple of thousand “hairs” in the particle system. I never considered using hair itself as gras, I’m sure there is a good way to do that too. 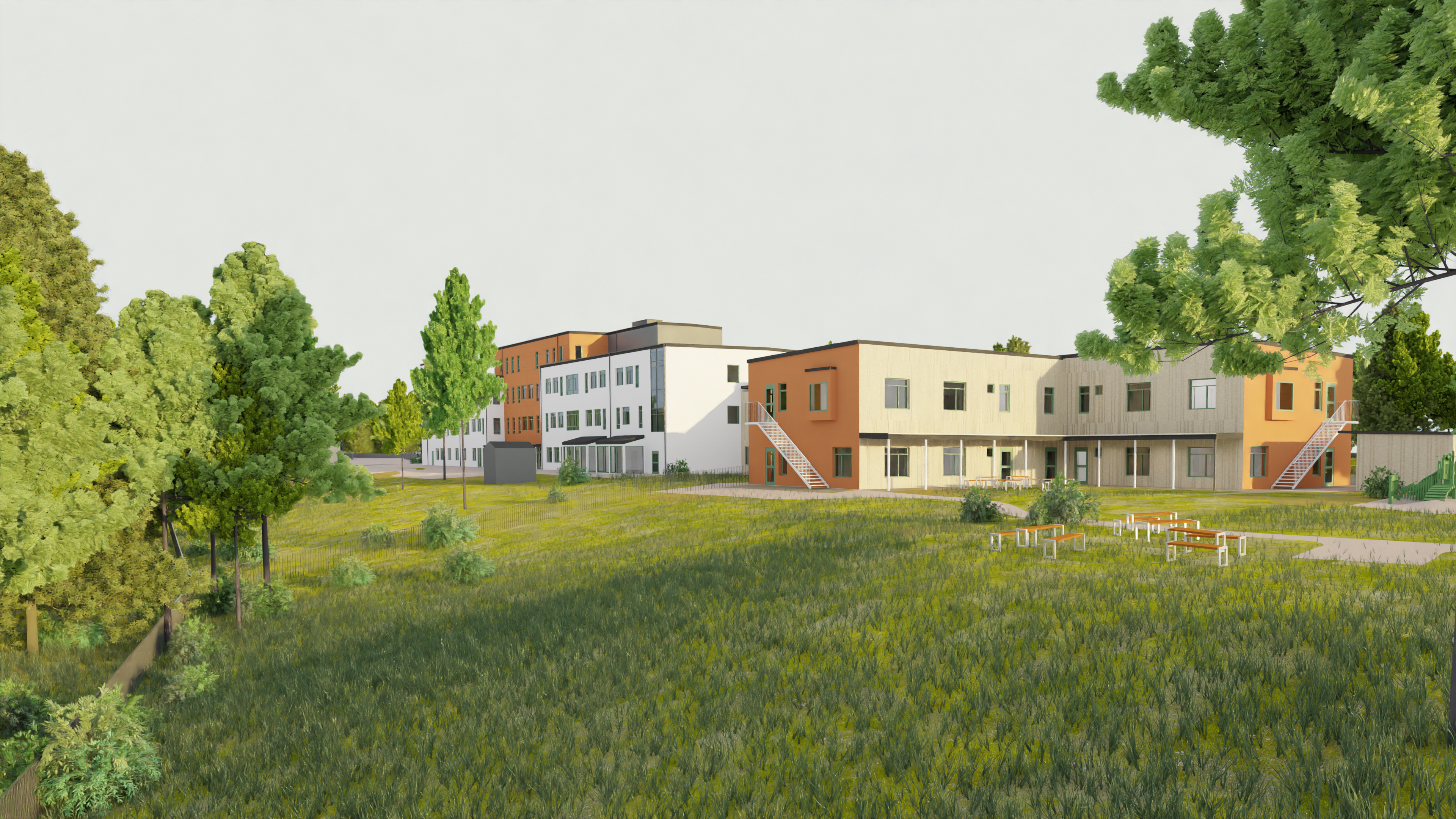 As certain materials aren’t defined yet, I kept the façade materials quite simple. I don’t want to give a wrong impression of the elements sizes e.g. facade panels and construction parts. Here are the results: 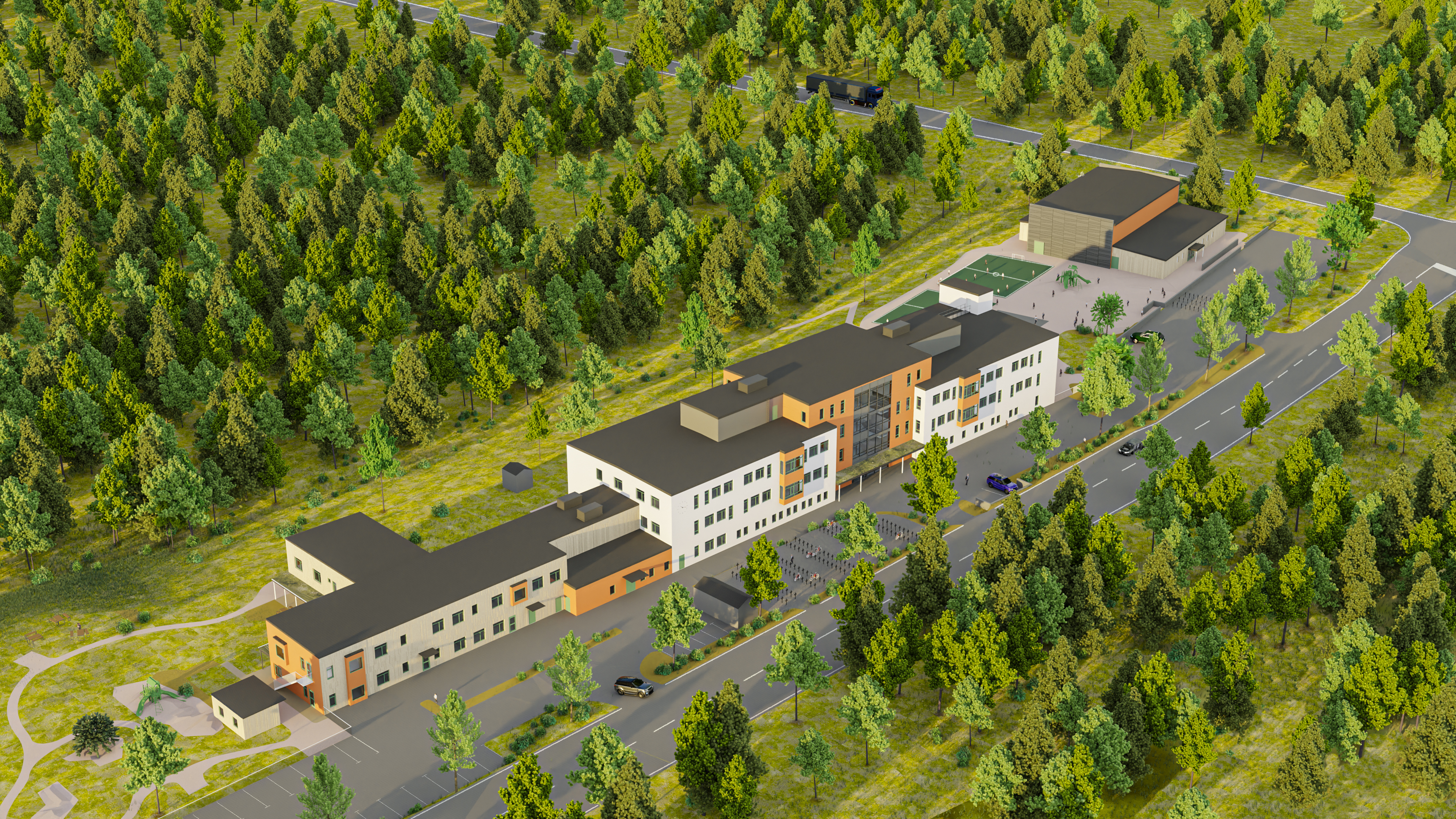 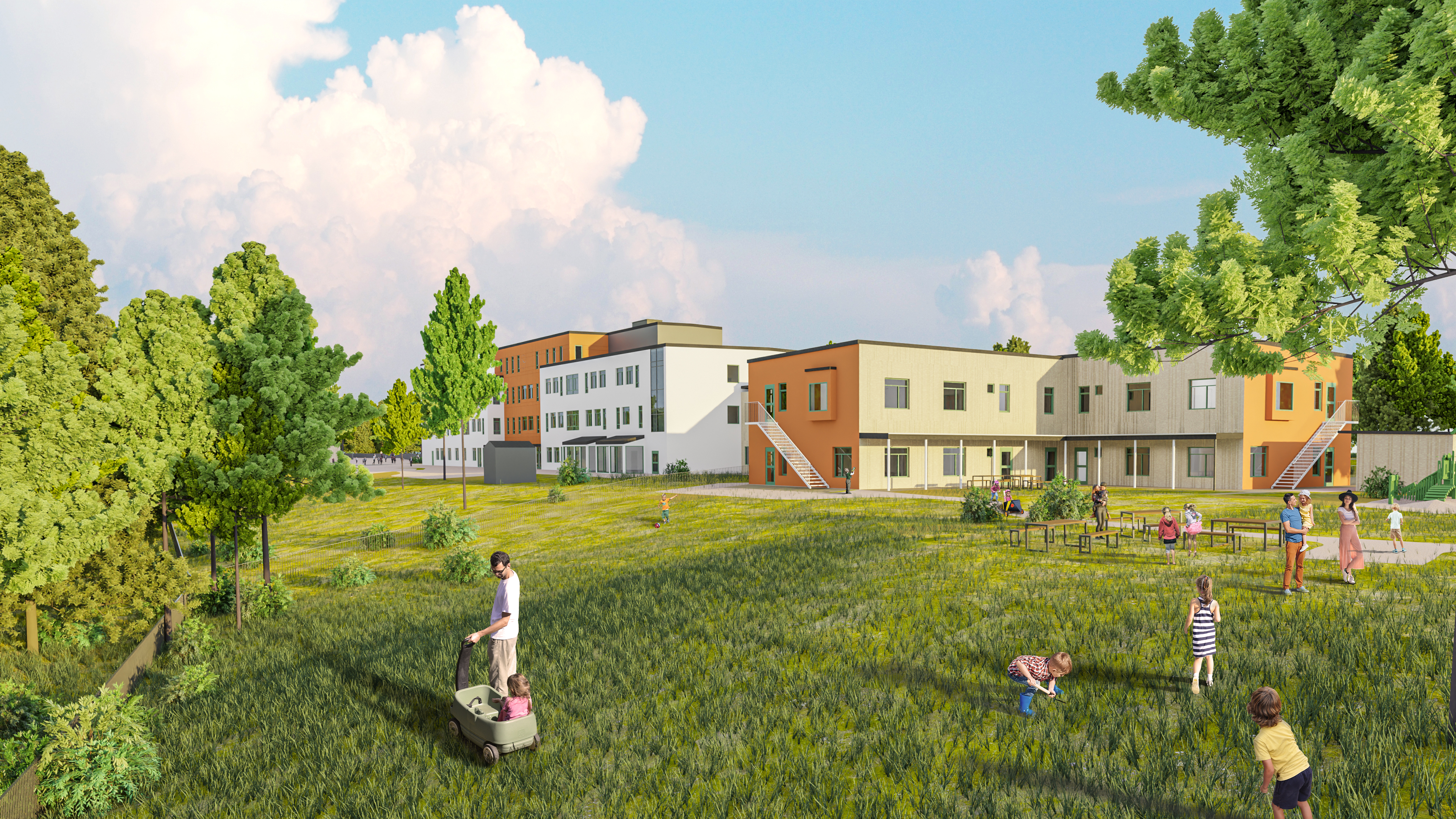